Alright, let’s all be real. We’ve been spending a lot of time inside lately, and ordering takeout can make the bills stack up pretty high. Learning to cook may be a great idea, if only we knew where to begin. Walking into the kitchen would probably be a good place to start, but maybe not Hell’s Kitchen. So here enters Gordon Ramsay to critique your potentially newfound hobby. Maybe he’ll add a dash of inspiration too? Either way, simmer on these Gordon Ramsay quotes.

The only correct answer is an idiot sandwich. Yes, we do this around the office all the time–which is probably why we go through bread so quickly.

Alright Gordon. You really didn’t have to quote our parents there.

4. “This is a really tough decision, because you’re both crap.”

If you have a sibling, you both probably got this a lot from mom or dad.

5. “Swearing is industry language. For as long as we’re alive it’s not going to change. You’ve got to be boisterous to get results.”

At least there’s some self awareness going on here.

It’s not creative, but it’s most certainly direct. 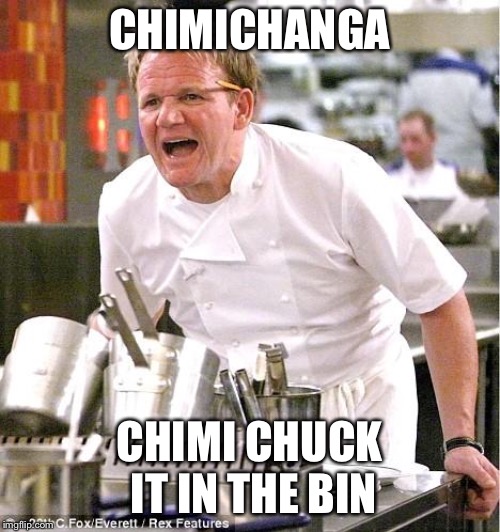 Well… He’s kind of got a point there.

10. “That’s common sense! And your tiny mind is not common!”

Honestly, you would have to grow up in a funny way to be this witty with your insults.

Does this prove that Gordon Ramsay is effectively immortal or something?

12. “I won’t let people write anything they want to about me.”

13. “I don’t like looking back. I’m always constantly looking forward. I’m not the one to sort of sit and cry over spilt milk. I’m too busy looking for the next cow.”

We suppose it depends on the show. But Gordon Ramsay is extremely good with kids.

15. “This crab is so undercooked I can still hear it singing ‘Under the Sea!’” Does that mean it can do magic? Because that would be 100% worth it.

17. “This soufflé has sunk so badly James Cameron wants to make a film about it.”

But will its heart go on afterwards? Wherever we are?

Did you like these Gordon Ramsay quotes? Find more memes and insults here.

Do Onions Ripen Other Fruits?

(Last Updated On: January 26, 2023) If you’ve ever gotten super-green bananas from the grocery store your friend (or local internet stranger) might have told you to store some onions next to them. Or you […]

Why Do We Call it a Cup of Joe?

(Last Updated On: October 4, 2022) If you’re not a morning person and were forced into being a morning person by the soul-crushing routine of adulthood under your favorite economic system, coffee is probably your […]