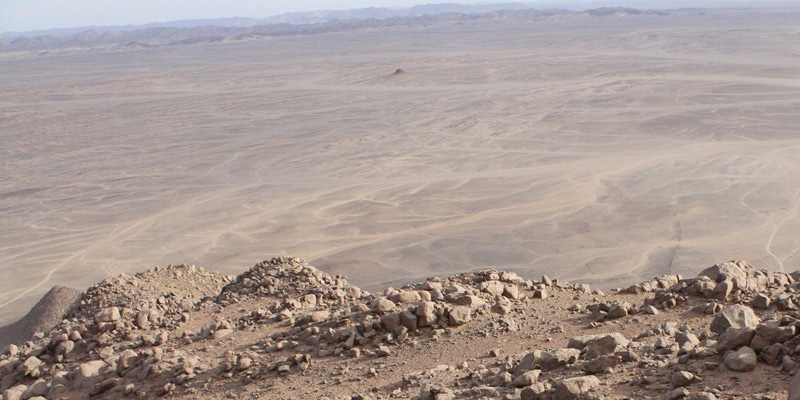 On the border between Egypt and Sudan, you’ll find Bir Tawil, a small, 795 square mile patch of land. It is a desolate region, mostly just sand and mountains. With no roads or permanent inhabitants, the territory is pretty unassuming at first glance, not unlike many other unsettled places in the world.

But Bir Tawil is actually quite unique. Due to a discrepancy over border recognition between Egypt and Sudan, it is one of the few places on Earth left unclaimed by any country or state.

The terra nullius (Latin meaning ‘nobody’s land’) status has led various people outside of Egypt and Sudan to try and stake claim to the land. However, it turns out that starting your own country through land-grabbing isn’t as easy as one might think. 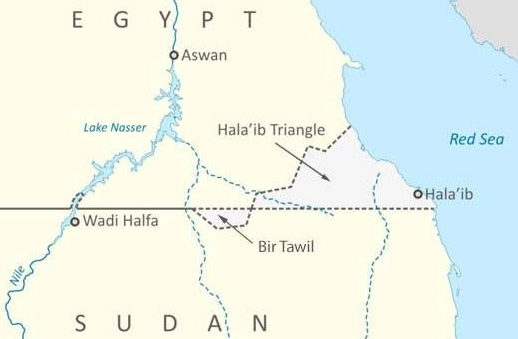 To better understand how Bir Tawil remains left unclaimed, we have to look back at the history of the boundary dispute between Egypt and Sudan.

In 1899, it was actually the United Kingdom that ran the show in the area. The Anglo-Egyptian Condominium Agreement for Sudan set the border between the territories at the 22nd parallel. However, in 1902, the UK decided to draw a separate administrative boundary, hoping it would better reflect the actual use of the land by tribes in the area.

Bir Tawil had previously been used as grazing land by the Ababda tribe based near Aswan in Egypt. Thus, it was placed under Egyptian control as outlined by the new boundary. Conversely, another patch of land called the Hala’ib Triangle was placed under control of the British governor of Sudan. The inhabitants of this region were more closely related culturally to those in Khartoum, the capital of Sudan (at least, according to the British).

These imaginary lines went largely unnoticed until 1956, when Sudan finally achieved independence. The new Sudanese government declared its national borders as those expressed in the 1902 administrative boundary, which made the much larger Hala’ib Triangle part of Sudan, and the smaller Bir Tawil part of Egypt.

Egypt, on the other hand, asserted that this was meant to be a temporary administrative jurisdiction, and that sovereignty had been established in the 1899 treaty, which set the border at the 22nd parallel. This would place the Hala’ib Triangle under Egyptian control, giving Bir Tawil to Sudan.

Today, the dispute rages on, and since no third state has claimed this no man’s land, Bir Tawil remains one of the few areas in the world not recognized by any country.

Why Has No One Claimed It?

From the perspective of the Egyptians and Sudanese, it makes little sense to claim Bir Tawil, since doing so would concede the Hala’ib Triangle to the other. The Hala’ib Triangle is about 10 times larger than Bir Tawil, and is located on the Red Sea, which makes it more valuable to both parties.

While Egypt and Sudan have no interest in claiming Bir Tawil as their own, that does not mean other individuals have not been drawn to the allure of this unclaimed land. Some have made online declarations of their ownership of this territory, but no such assertion has been taken seriously.

Some have even made treks to this remote location. In 2011, Jack Shenker visited the region, planting a multicolored flag to stake his claim. He details his experiences in a 2016 article for The Guardian. In 2014, a man named Jeremiah Heaton made a similar trek, claiming the region as the Kingdom of North Sudan.

Are Any of These Claims Legitimate?

Ultimately, it takes much more than just planting a flag to be recognized by anyone in the international community. You can’t simply go to Bir Tawil and claim it as yours. The region might be considered a terra nullius, but the fact of the matter is the region is still used from time to time by the tribes in the area, who graze crops and set up shelter within the territory.

Furthermore, those familiar with the history of Africa aren’t so keen on outsiders staking claim to land on the continent, no matter how light-hearted those claims may be. Remember that words like ‘unclaimed’ or ‘undeveloped’ were used to help legitimize colonialism not just in Africa, but throughout the world. As we’ve seen throughout history, rarely can one simply take land without some sort of conflict. Heaton, who claimed the Kingdom of North Sudan, actually received a lot of backlash for his actions. He was seen not as a pioneer, but as a 21st century imperialist by some (In Heaton’s case, he envisioned the region being used as an untaxed, unregulated land for companies to develop their products).

In the end, who says this land even needs to be claimed? And regardless, this is still probably a dispute best left to be settled by Egypt and Sudan.

Why Do Radio Stations in the US Begin with K or W?

(Last Updated On: April 19, 2018) If you are at all familiar with radio, you might have noticed that radio stations throughout America identify themselves with four-letter sequences, and these typically start with either a […]